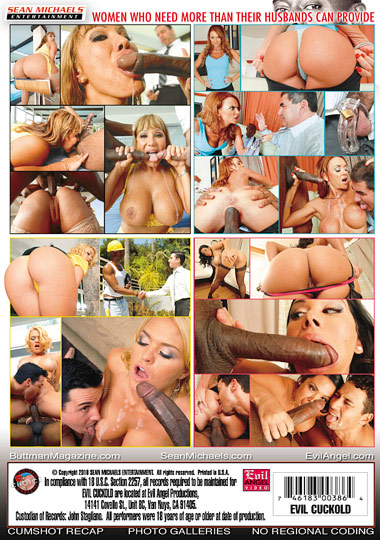 Chip encourages his horny wife Krissy Lynn to get phone repairman Sean Michaels over to fix the intercom — so Chip can peep while Sean does her. Sean arrives in wifebeater and yellow hard hat, and is faced with a seductive Krissy who watches his every move, licking her lips in lubricious anticipation. When he fixes the intercom by flipping a switch, she asks how she can thank him. He wants her to just call his company next time she has trouble, but she has other ideas, dragging him to the couch and ripping his shirt off. When Sean sees Chip watching them through the window, he's ready to split, but they assure him it’s OK. Chip snakes under Krissy, eating her pussy and ass as she voraciously gobbles Sean’s rod. She climbs on for a reverse cowgirl ride while Chip licks and tickles her nipples and clit, then Chip spreads her open so Sean can plow her pussy from behind. Submissive Chip also rims Krissy and sucks her toes while she’s riding Sean cowgirl, and when Sean pops in her mouth she dribbles the spoo into Chip’s mouth, which he obediently swallows before she kisses him.