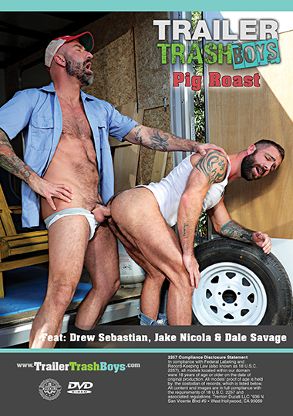 Uncle Drew wants his dick sucked but Jake's brother is back in jail on account of those underground corn hole games. So Uncle Drew calls his second-favorite nephew Jake over to get him some dick sucking. Jake is down fast on that monster cock but Drew wants more. Jake gets himself bent over and Drew's mouth goes on his hole... then his dick goes up his hole...But things ain't over yet. Trailer Dale comes round the corner and shouts out "What's going on here?" But no worry... Dale wants some dick and this is Lot 45, so there's a lot of dick to go around.

00
164
Write a complaint
To favorites